We were so disappointed to have to cancel the remainder of our 2020 Community Lenten Lunch Speaker Series due to the COVID-19 outbreak. However, we are grateful and excited to share the talks from Bishop Brooke-Davidson and Dr. Pathak, as well as, feature recently recorded reflections from Bishop Goff and Rabbi Knopf!

What is the Lenten Series?

During the season of Lent, a season of growth and reflection, we hold a Community Lenten series that involves speakers from different backgrounds and faiths, and delicious lunches for dine-in or carry-out. This year, our theme is “Leaning into Love: Building Unity in the Midst of Difference,” and the St. Paul’s community invites you to hear what our preachers and speakers have to say about “leaning into love.” 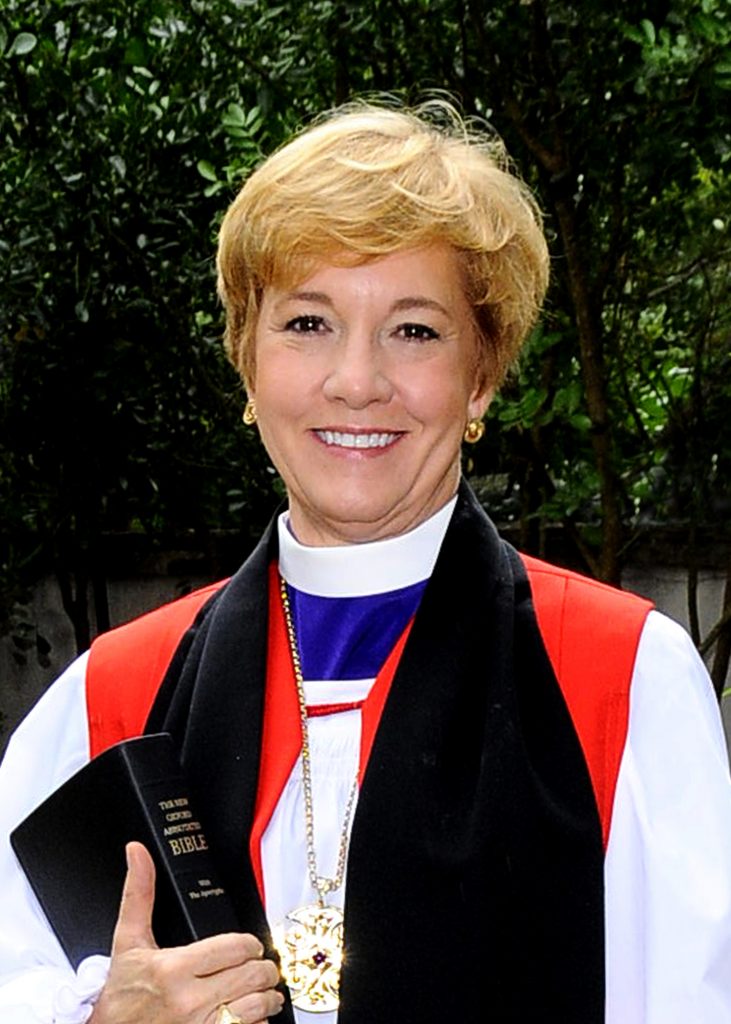 The Rt. Rev. Bishop Brooke-Davidson was ordained a priest in 2009 after graduating from Fuller Theological Seminary. Prior to ordination, she practiced commercial financial law for 12 years. She began her ordained ministry at St. Stephen’s Episcopal Church in Wimberley, Texas, where she served as the Assistant Rector from 2009-2011. She then served as Vicar of Saint Elizabeth in Buda, Texas, from 2011 until she was elected Bishop Suffragan of the Diocese of West Texas.

Bishop Brooke-Davidson was appointed as Assistant Bishop of the Diocese of Virginia, and began in November 2019. She is married to Carrick Brooke-Davidson, and they have two grown daughters, Emma and Kate. 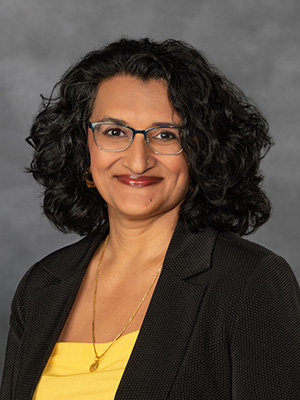 Archana A. Pathak, Ph.D. (University of Oklahoma, 1998), is a diasporic feminist scholar-activist who examines issues of race, class, gender, sexuality, nationality, and scientific imperialism from a social justice perspective. Academically trained in intercultural communication and qualitative research methodologies, she utilizes autoethnography to explore how we tell ourselves and each other who we are. She is a former president and board member of The Conciliation Project, a not-for-profit social justice theater organization that addresses issues of racism and oppression. 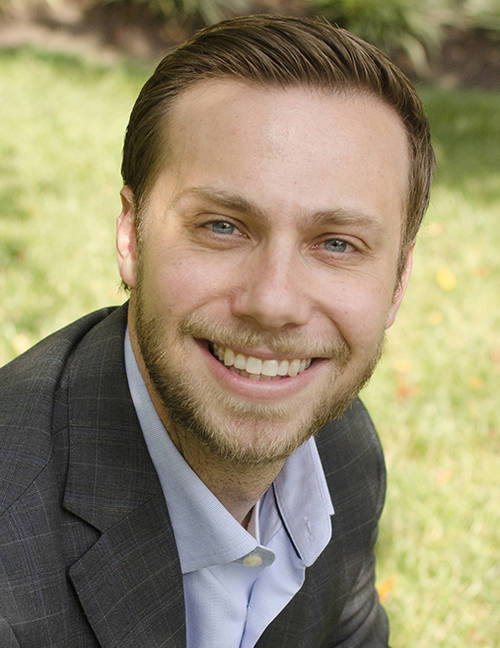 Named one of “America’s Most Inspiring Rabbis” by The Forward, Rabbi Michael Rose Knopf is the spiritual leader of Temple Beth-El in Richmond, Virginia. He is committed to revealing Torah’s enduring relevance, interpreting and applying Jewish values in light of contemporary insights, bringing Judaism into active conversation and collaboration with other faith traditions, and harnessing the Jewish tradition as a force for a more just and peaceful society.

Named one of Richmond’s “40 Under 40” in 2017, Rabbi Knopf is a co-founder of Richmond Jews for Justice, a member of Leadership Metro Richmond, serves on the Boards of Virginia Interfaith Center for Public Policy and the Jewish Community Federation of Richmond, and helps to lead several local interfaith groups. He has been published in several anthologies of contemporary Jewish thought; is a regular contributor to regional, national, and international publications; and hosts several podcasts on the JCast Network, including “Pop Torah.” Rabbi Knopf lives in Richmond with his wife and three children.

The Rev. Amy Starr Redwine was born at Duke Hospital (destined to be a Duke fan!) and moved to Roanoke, Virginia when she was two years old. Her family attended Second Presbyterian Church, where she was confirmed and where her faith was nurtured and her questions and doubts were openly received. She graduated from Middlebury College in Vermont with a degree in religion and classics and headed to Princeton Theological Seminary. During her time in seminary, Amy found a passionate and intellectually curious group of classmates and professors, and met and married Derek Redwine. Derek and Amy have served churches in Denver, Colorado; Akron, Ohio; and most recently in Cleveland, Ohio, where Derek was the pastor and head of staff of Fairmount Presbyterian Church and Amy was the pastor and head of staff of the Church of the Covenant in Cleveland’s University Circle neighborhood.

Amy is passionate about meaningful, thought-provoking, inspiring worship; leading people to encounter God in their daily lives in ways that lead to personal transformation; exploring how God calls us to use our gifts for the transformation of the world; and thinking about and executing with church leaders how the church can best serve our community and world with passion and joy. Derek and Amy have a daughter, Sarah, and two sons, Quinn and George. As a family, they enjoy basketball and baseball (watching and playing), spending time outside, cooking and eating good food, and Friday family movie nights. 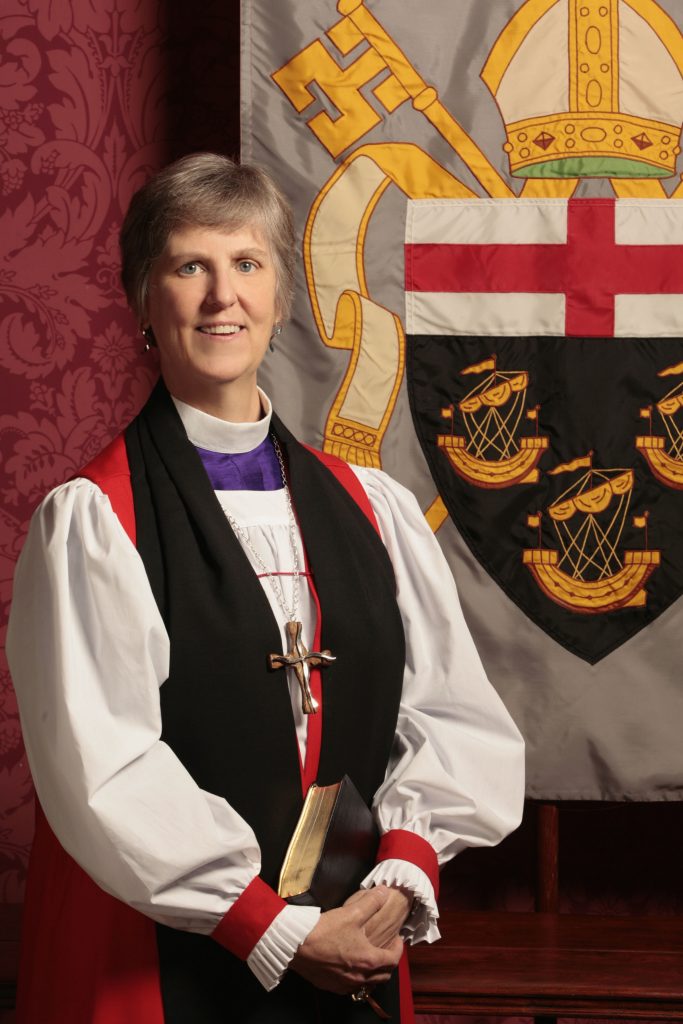 Susan Goff is Ecclesiastical Authority of the Episcopal Diocese of Virginia. She was elected Bishop Suffragan and consecrated in 2012. She oversees the mission and ministry of the diocese during the interim between Bishops Diocesan, with a particular focus on strengthening relationships between God, congregations, diocesan leadership and related organizations. She has a particular passion for justice ministries and for the full inclusion of all of God’s beloved in the faith community. Bishop Goff is also licensed as a visiting bishop in our companion Diocese of Liverpool in England, and represents The Episcopal Church in relationship with the Anglican Church in Central America (IARCA).

Bishop Goff is a visual artist who creates mixed media canvasses and sculptures that include found objects. She and her husband, the Rev. Tom Holliday, share their colorful, art-filled home in Richmond, Virginia, with their Chihuahua, Georgia, and their Amazon parrot, Jasper.