About the History and Reconciliation Initiative

We are part of a living and evolving history. Our story began in 1844 as the United States’ economic and political structures fully embraced racial slavery. The resources that made this church possible came directly from the profits of factories and businesses, built on the backs of enslaved African American people. During those years, many white Protestants sought to justify slavery as God’s plan. St. Paul’s members also supported, along with most proslavery Protestants, a theology that insisted that God ordained racial inequality and that, as white people, they had a responsibility to govern black people. St. Paul’s became inextricably entwined with the Confederacy during the American Civil War. It was the home church to Confederate officials and officers and the scene of dramatic events at the end of the conflict. In the aftermath of the Civil War, St. Paul’s officially recognized its connections to Robert E. Lee, who worshipped here, and Jefferson Davis, who was baptized as a member of the parish, by marking their pews and installing windows in their honor. 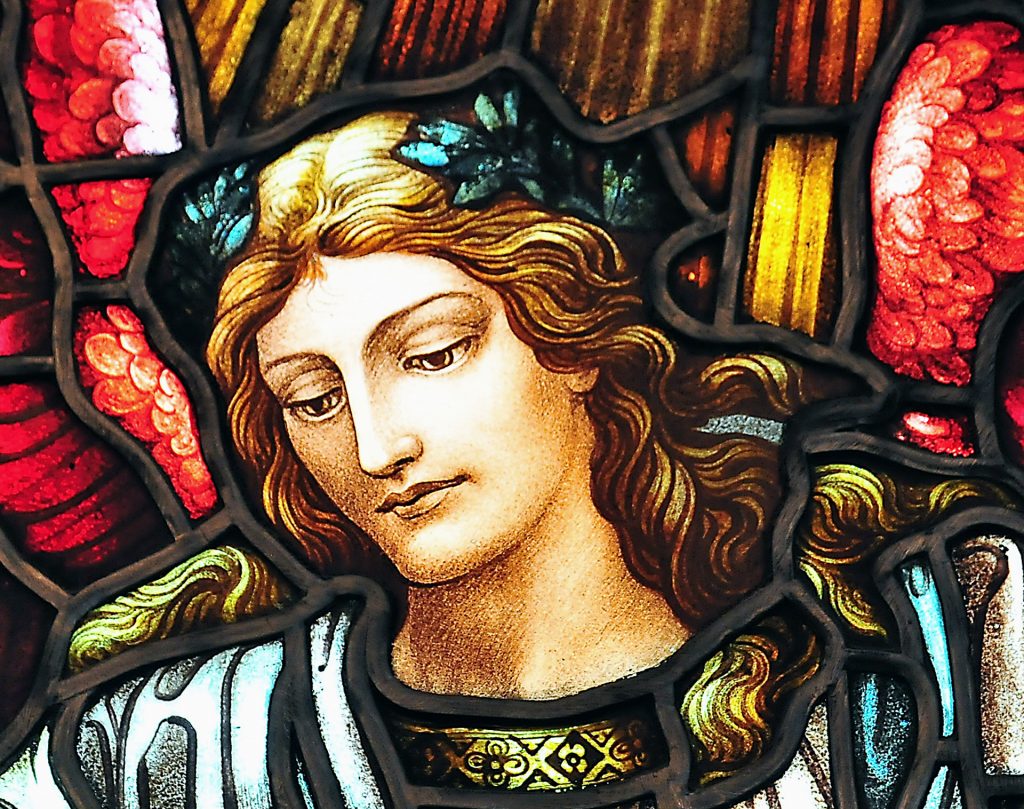 Theological nostalgia for the Confederacy and its assumptions about race relations made St. Paul’s members comfortable with Jim Crow segregation in the twentieth century, and its people made decisions that shaped the racial geography of the city. But our theological contexts evolved, and as an active center of social outreach in the 1920s and 1930s, St. Paul’s people engaged with African American religious leaders in unexpected ways to advocate for improved social and municipal services in African American neighborhoods. Yet Confederate symbols and ceremonies remained at home in St. Paul’s, even as St. Paul’s parishioners charted a moderate course through the Civil Rights movement in Virginia. Beginning in the 1970s, St. Paul’s undertook dozens of initiatives intended to alleviate the legacies of racism and segregation in Richmond, including the funding for public health, educational, and fair housing projects. 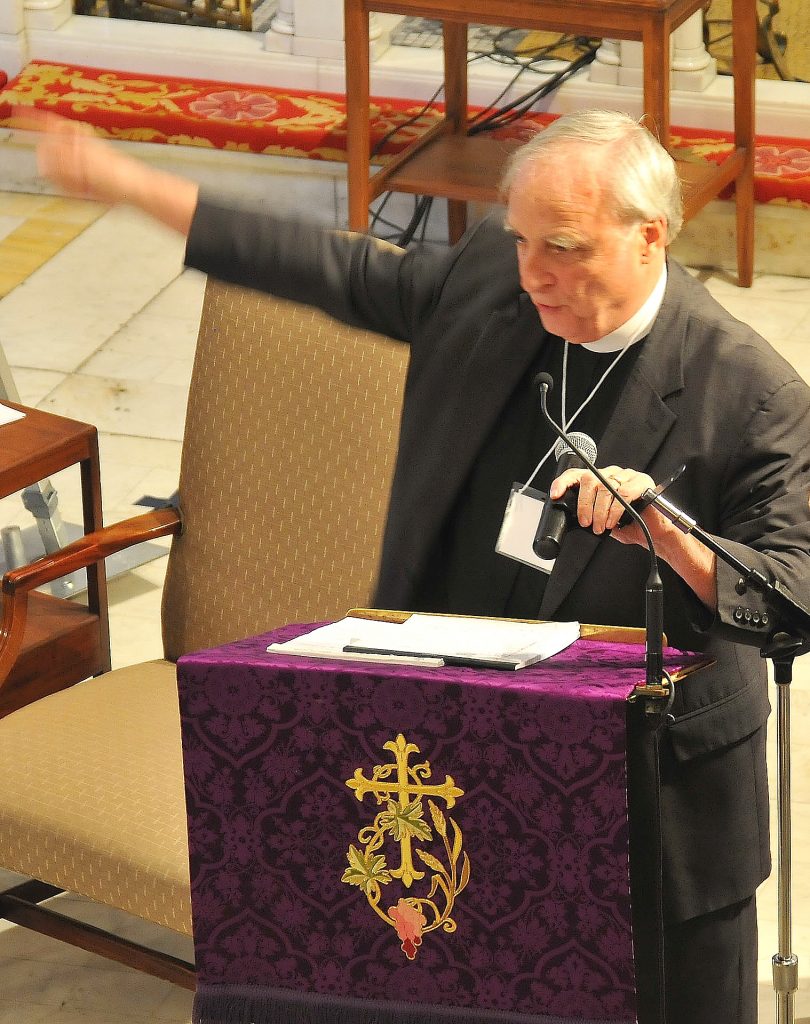 We are part of a living and evolving history–a journey toward becoming a beloved community in service to racial healing and justice. While our church is rooted in great injustice, our story reveals great transformation and courage among our members who we have not remembered as we do the famous war heroes. Taken together, our whole story provokes us to think about repentance. To repent is to turn around. We are turning. There is more turning yet to do. We feel our impatience, our perfectionism, our inadequacy, our clumsiness, our courage, our cowardice, our great desire to make things whole again. We humbly acknowledge that this service of remembrance and repentance, is but a step along a journey. In this service, we’re working on re-narrating the story we tell about ourselves, of remembering the forgotten so that we can take the important step of telling the truth. We will need other moments of liturgy and ritual, and we will certainly need to labor on, within our walls, and with our neighbors throughout this city.

After the horrific shooting at Emanuel African Methodist Episcopal Church in Charleston, South Carolina and the resolution of the Episcopal Church regarding the Confederate Battle Flag in June of 2015, St. Paul’s set aside two Sunday afternoons in August of 2015 for prayerful conversations about the historic Confederate imagery and symbols in the church. These sessions were a time to share, listen, and pray together as an act of community discernment. St. Paul’s invited Justice & Sustainability Associates to help set the framework for the discussions and train St. Paul’s volunteers on how to be effective small group discussion leaders.

From these prayerful conversations came the History & Reconciliation Initiative,  a commitment to understand the past role of race, slavery, and segregation in the history of our church and city, as well as the legacies of ongoing discrimination and racial inequities, we may better understand the pressing issues of the present and future.

All parishioners are invited to take part! HRI is working to build a board of community partners for support and accountability.

To see some of what we’ve discussed thus far, please check our this video footage from Bending Toward Truth, our forum featuring Presiding Bishop of the Episcopal Church, Michael Curry, and several panelists including historians, justice activists, and St. Paul’s parishioners: 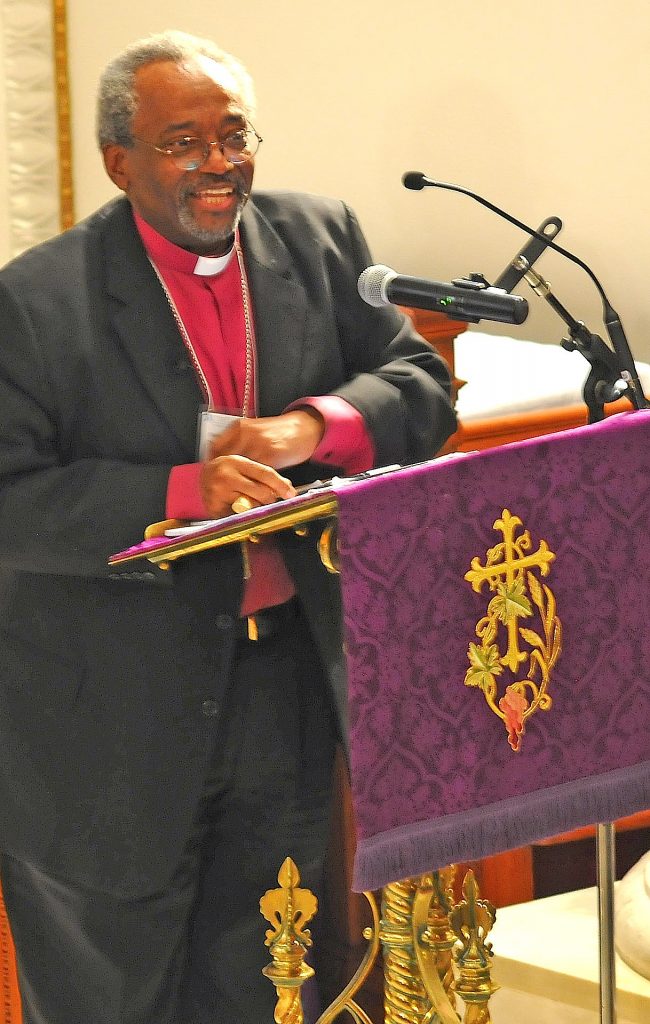 In light of our Christian faith we will trace and acknowledge the racial history of St Paul’s Episcopal Church in order to repair, restore, and seek reconciliation with God each other and the broader community.

Our guiding Scripture is Isaiah 58:12:

Your ancient ruins shall be rebuilt; you shall raise up the foundations of many generations; you shall be called the repairer of the breach, the restorer of streets to live in.

Mission: In light of our Christian faith, to trace and acknowledge the racial history of St Paul’s Episcopal Church in order to repair, restore and seek reconciliation with God, each other, and the broader community.